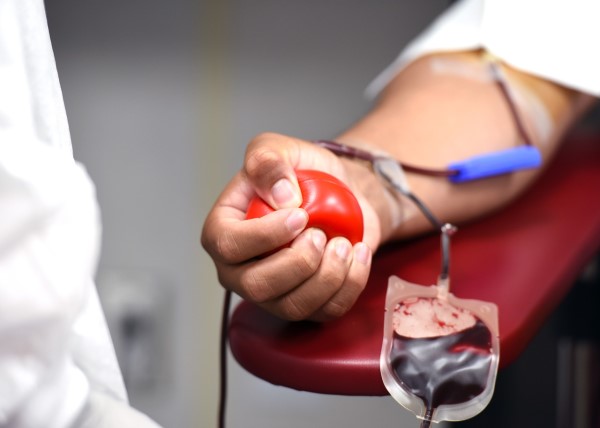 Fact: more than 8.3 million Australians, or one in three, will need to receive a blood donation in their lifetime.

Yet it is something three-quarters of the nation's population are unaware of, while more than 80 per cent have little or no idea how many blood donors are actually out there.

For Red Cross branch Lifeblood, setting the record straight has become key to correcting misconceptions that may be hindering its ability to help save lives.

Its concern arises from the findings of a national survey, commissioned by data and insights company Pureprofile, aimed at encouraging more people to roll up their sleeves.

While only only three per cent of Australians donate blood, more than half the 1014 adults polled in May thought there were at least three times that many.

While wishing it were true, Lifeblood will settle for recruiting around 140,000 new donors in the short term.

"There are now more than three million extra people living in Australia than there were 10 years ago but the number of people who donate hasn't changed," executive director for donor services Cath Stone said.

"Our existing blood donors can't do it alone. Escalating cold and flu cases, COVID, busy lifestyles and all sorts of other reasons mean cancellations remain high."

The Pureprofile research also concluded nearly 69 per cent of Australians have a greater appreciation for the nation's health system than they did pre-pandemic.

And while almost 60 per cent now spend more time at or working from home than before COVID-19, two thirds want to return to a more 'normal' life, and about half want to give back and help others more.

About 70 per cent of those polled said they would be more likely to donate if they knew their blood type was in short supply.

Some 72.5 per cent indicated they would be more willing to give blood if they knew someone who needed it, while four in five agreed they would want a blood transfusion to save their own life.

More than four in 10 believe most donated blood is used for road accident and trauma patients, when the fact is that most is used in cancer treatment.

Lifeblood hopes to clock up 7000 donations for National Blood Donor Week, which finishes on Sunday.

Book a donation at www.lifeblood.com.au via the free DonateBlood App or call 13 14 95