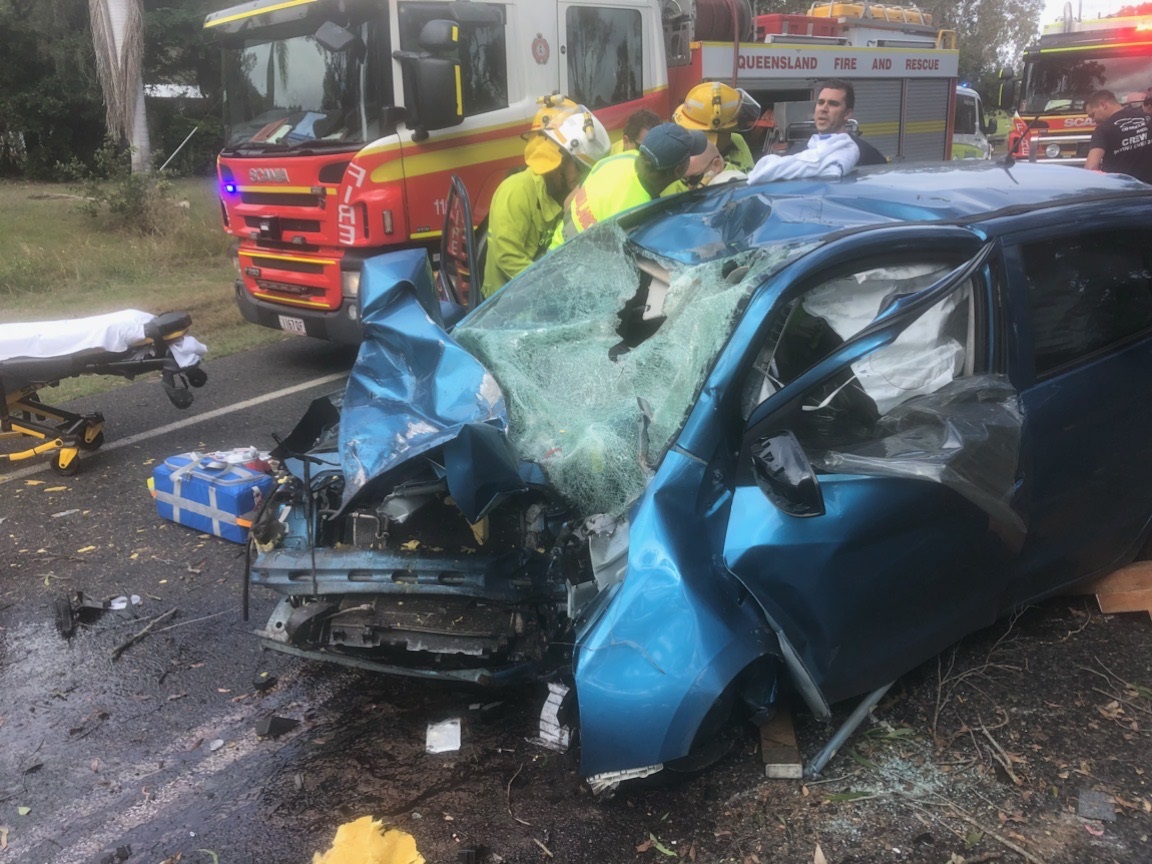 RACQ CQ Rescue has transferred a seriously injured woman to Mackay Base
Hospital after a horror smash near Seaforth today.
The 42-year-old woman was incredibly lucky to survive when her small car veered
off Yakapari-Seaforth Road, near Mt Jukes, about 35km north of Mackay and
smashed into a tree just after midday.
RACQ CQ Rescue, which was tasked by Queensland Health and had a Critical Care
Paramedic and Doctor on board, landed beside the winding road in a grassy clearing
about 1.15pm.
The woman, who is believed to be local to the area, had to be cut from the wreckage
of her vehicle by Queensland Fire and Emergency Services personnel and suffered
serious internal injuries and fractures. She was conscious and talking to rescuers as
she was freed.
Fortunately, she didn’t have a passenger as the left side of vehicle took the full brunt
of the collision.
An RACQ CQ Rescue crewman on scene commented that “a passenger would have
been killed for sure”.
The woman was transported to Mackay Base Hospital in a serious but stable
condition.

(Photo: Emergency crews at the scene of the crash. RACQ Central Queensland Rescue.)