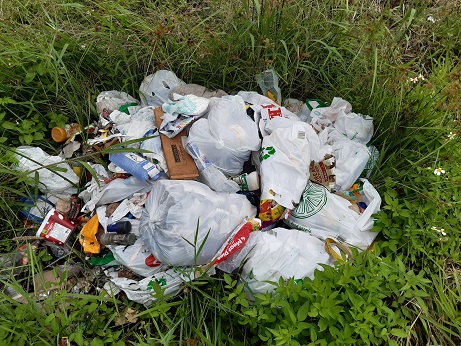 Hidden cameras have been installed to catch illegal dumpers in Mackay after one million litres of waste has been unlawfully thrown out since July.

Mackay Regional Council have caught multiple offenders throughout the financial year, together illegally dumping a whopping 583,000 litres throughout the community – equivalent to almost 3,000 wheelie bins.

Mr Williamson is fed up with a total disregard for the local environment.

“What is most alarming is that the majority of the waste we find illegally dumped around the region are items that would fit into a general waste bin," Mr Williamson says.

Council have hidden cameras in known rubbish-dumping hotspots, and staff will also check for clues in the pollution to help them catch offenders.

Mr Williamson says there is no excuse when every six months ratepayers receive dump vouchers to dispose of their rubbish correctly.

“It is really upsetting that residents would rather trash our beautiful region than dispose of their rubbish the right way," he says.

Council is encouraging residents to report the date, time, location and vehicle details of anyone they see illegally dumping rubbish.