Federal Budget 2021 - what is known so far - FEDERAL BUDGET - WHAT'S KNOWN SO FAR:THE BIG PICTURE* Scott Morrison and Josh Frydenberg say it will be a "jobs budget" with the aim of boos ...
Frydenberg promises big aged care package - Treasurer Josh Frydenberg says his third budget on Tuesday will include a package for aged care, which will be bigger than the $10 billion a year than ...
Car bomb at Afghan school kills kids - Explosions caused by a car bomb and mortars outside a school in the Afghan capital Kabul have killed dozens of students and injured many more.
Reds after-siren try seals Super AU title - James O'Connor's rugby resurgence has flourished again, the Queensland Reds playmaker scoring five minutes into injury-time against a 13-man Brumbies ...
Boost for single parents buying first home - Single parents buying their first home may soon be able to with a deposit of only two per cent under a new federal scheme.
'Abandoned' Aussie dies of virus in India - The Australian government "abandoned" a resident to die of coronavirus in India, his daughter says, accusing it of ignoring her pleas to bri ...
Masked Mother's Day weekend in NSW - Sydneysiders are being urged to wear masks and adhere to other restrictions without cancelling their Mother's Day plans.
Amazon destruction speeds up for 2nd month - Deforestation in Brazil's Amazon rainforest rose 43 per cent in April from the same month a year ago, preliminary government data shows, the second co ...
De Belin jury to continue for second week - A jury deliberating on rape charges against NRL footballer Jack de Belin will return for a sixth day of discussion, after failing to reach a verdict o ...
Bowen is a step closer to getting a CT scanner as hospital upgrades begin - Health services in Collinsville and Bowen are set to be improved thanks to the Federal Government. The Commonwealth is spending $7 million to build ... 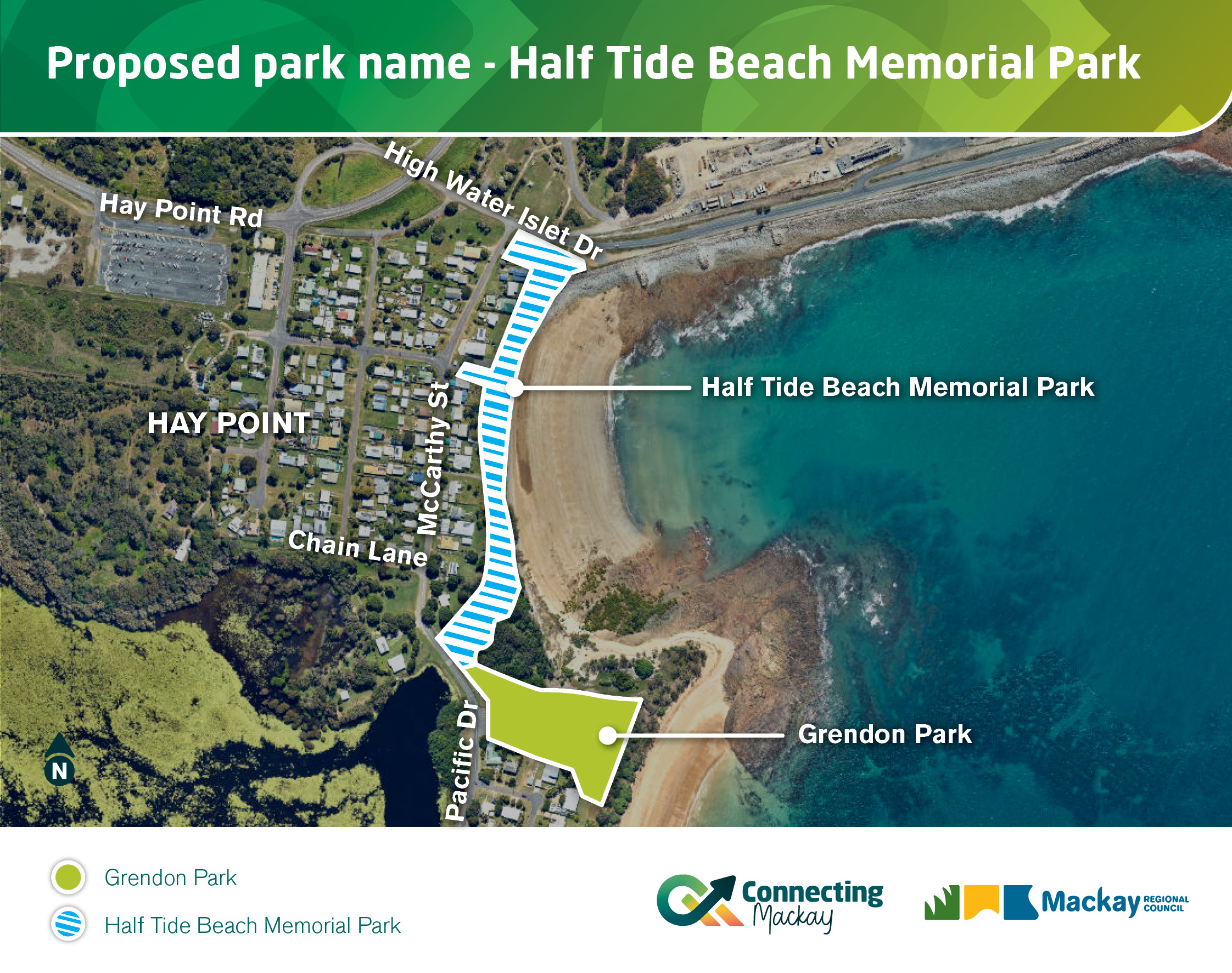 A local park will soon go by a different name, one with a significant meaning.

The northern section of Grendon Park has been renamed 'Half Tide Beach Memorial Park'.

It encompasses the area at the front of Hay Point’s Half Tide Beach, extending all the way to the entrance off Highwater Islet Drive.

“The park has played host to wartime remembrance events for many years, including the annual Anzac Day dawn service.

“The cenotaph, with its memorial wall, acts as a landmark feature along the esplanade strip," Mr Williamson says.

“We are thrilled that our application to change the name of the northern section of Grendon Park has been approved as the new name symbolises its importance from a
cultural and military perspective," Mr Vains OAM says.

A community event, along with the unveiling of a new memorial wall, will be held at 5pm, May 22.

An Anzac Day Dawn Service will take place at the newly named park next week.