Byron Bay COVID case threatens border bubble with northern NSW - Queensland has recorded zero new community cases as eyes turn to the state's border bubble after a COVID case was identified in Byron Bay. Premier ...
700 Queensland pharmacies ready to deliver Moderna vaccines - Moderna will be available at Queensland pharmacies from tomorrow. The jab is being offered to anyone aged 12 and above. Chris Owen from the Pharma ...
Australia v India ODI gets underway - The Great Barrier Reef Arena is gearing up to host international cricket. The Australian women's team will take on India today in the first of t ...
Resident sleeps while home broken into - A home has been broken into in West Mackay while the resident was asleep inside. It happened sometime on Sunday night, after the intruder gaine ...
Japanese twins, 107, world's oldest - Two Japanese sisters have been certified by Guinness World Records as the world's oldest living identical twins, aged 107 years and 330 days, the orga ...
Thousands miss out on Australia, NZ return - Fifteen flights to Australia from New Zealand, and their highly prized places in hotel quarantine, have sold out in three minutes.
Concern over Brisbane Airport virus case - A traveller has tested positive for COVID-19 after potentially being infectious at Brisbane Airport for four hours.
NSW cases dip but virus 'insidious': govt - The number of daily COVID-19 infections in NSW has dipped below a thousand for the first time in almost four weeks but the premier says the "insi ...
Whopping 56,907 Queenslanders get jab during super Pfizer weekend - Queensland has recorded zero new local cases but two cases both in hotel quarantine. One was acquired overseas and the other is a person from NSW. ...
Further abuse claims against Tas nurse - Two more alleged victims of an accused pedophile nurse are suing the Tasmanian Health Service, with one of the young women claiming she was sedated an ...

Fight on to save popular Mackay farmers market 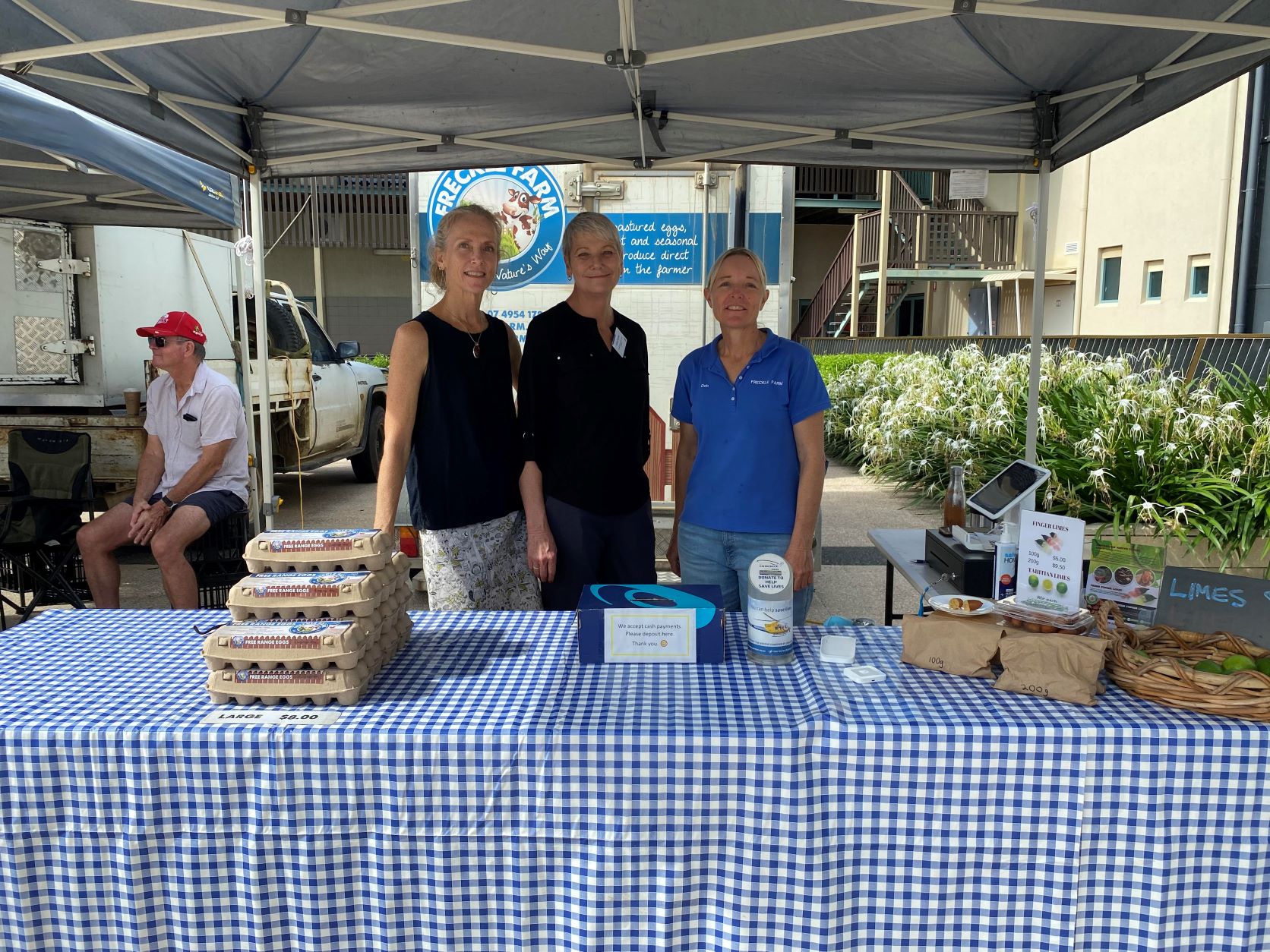 A much-loved Mackay farmers market could potentially trade for the last time on Wednesday as it stares down the barrel of liquidation.

After six years, the Greater Whitsunday Food Network has announced its Farmers Market will cease trading as the organisation has been "unable to generate the required cashflow to continue operations".

The network says it has struggled financially over the past 18 months as a result of the coronavirus downturn.

The organisation was now working with voluntary administrator KordaMentha.

President Deb McLucas says it is disappointing to see the weekly market close as it has supported up to 25 local growers during peak season.

Owning her own farm and running a market stall, she says the event is critical for small businesses.

"I've had a lot of conversations obviously over the years, but especially in the last few days, about how important this market is to producers and others who value-add as well," Ms McLucas says.

"[For] some businesses it represents a very substantial portion of their income each week and so, this is critical, this is a very important event."

While Wednesday morning's market will be the last in its "current form", Ms McLucas says there have already been a number of ideas being brought forward about how it can keep operating.

"There are a lot of discussions going on amongst stakeholders, stall holders and others, about how we can keep the market happening," she says.

"Obviously we'll no longer have the entity that has been running it but there are lots of other ideas and thoughts about how it might continue in the future."