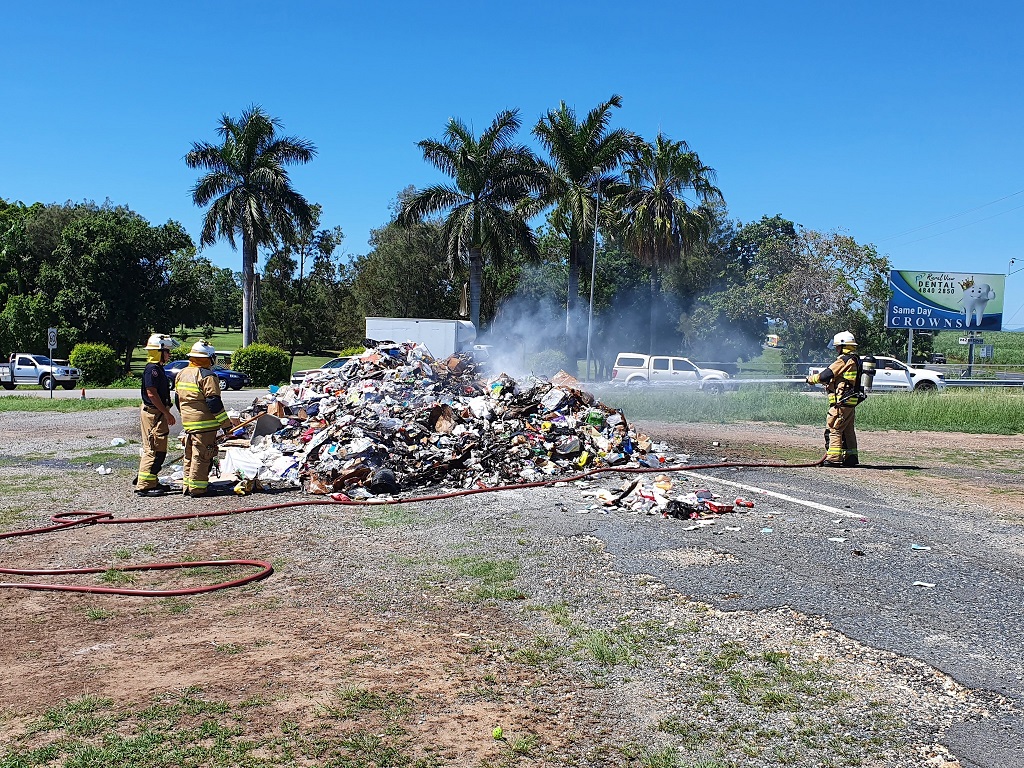 A council rubbish truck has caught fire after hazardous items were chucked in a wheelie bin.
Mackay Council is reminding people that hazardous items don't belong in your wheelie bins, after a garbage truck caught alight yesterday morning, from general waste in the Bucasia area.
The driver had to dump the flaming rubbish into the Hibiscus Shopping Centre carpark.
A council spokesperson says it's the third garbage truck fire this year, and the fourth time a load has been dumped due to a dangerous item or fire.
"It’s dangerous for our drivers, can cause delays to the service and can cause expensive damage to the trucks," the spokesperson says
"Gas cylinders, batteries, and fuel containers are just some of the items that can cause fires in a garbage truck."
[Image: Council Facebook page: Pictured is a load dumped earlier this year due to fire off Mackay-Bucasia Road.]