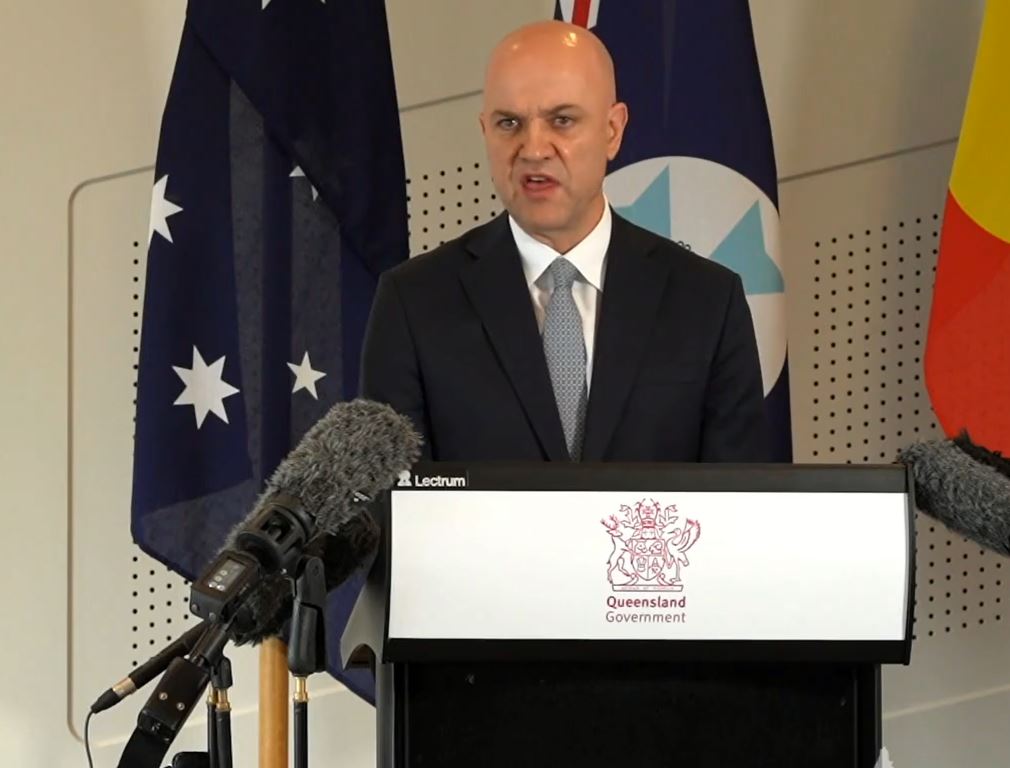 Queensland records 10,332 new Covid cases and one death in the past 24 hours as hospitals prepare for thousands of admissions in the next few weeks.

There are 284 people in hospital with 12 in intensive care and two on ventilators.

The death is a man in his 80s who died on December 27, and had underlying health conditions, but a Coroner’s report confirmed his death was Covid related.

There are now 42,250 active cases of Covid in the state but is deemed a “gross underestimation” of the actual number of cases.

“The biggest problems we're having at hospitals at the moment is relatively well people turning up to the emergency departments,”Dr Gerrard says.

"If you're young and fit and healthy, you should be able to manage at home with panadol and fluids.

"Keep in contact with friends and family who can make sure that you're okay."

Yesterday, the national cabinet agreed to multiple changes to COVID-19 testing requirements to help alleviate pressure on fragile health systems around the country.

The tests will be available through pharmacies within the next two weeks.

Dr Gerrard says there are two reasons why intensive care admissions in Queensland are low at this stage.

“One, is first and foremost, vaccination. We have very high vaccination rates in Queensland,” he says.

“Unlike the other states we have not had a significant Delta outbreak in Queensland.”

But Dr Gerrard warns hospitals are expecting a substantial increase in cases in the next three to four weeks with more patients in hospital wards requiring oxygen, as opposed to needing intensive care, which will still place pressure on the hospital system.

"We're going to be stepping up to a very major emergency in the coming two to three weeks," he says.

When asked to put a figure on COVID-19 hospital admissions, Dr Gerrard said: "I think it's fair to say the number will be in the thousands in Queensland".

“If you are spitting on someone, and you think you have Covid, it could be a criminal offence,” she says.

“Don’t do it. It’s disrespectful. And you’re doing it to the people who are there turning up everyday to help you.”

Ms D’Ath confirmed they have received 150,000 rapid antigen tests to distribute from this week to state clinics, which is down on the 500,000 kits expected.

“Unfortunately the distributor has said they are only releasing 150,000 to us at the moment,” she says.

“They are trying to source more.”