Tasmania again tops rankings: CommSec - The Australian economy remains in a solid shape in the face of the coronavirus pandemic but Tasmania is the stand out state for the eighth quarter in ...
Barty marches on in Australian Open quest - Another day, another milestone for Ash Barty as the world No.1 passed her sternest test yet to move safely into the Australian Open quarter-finals in ...
RATs for pupils in NSW back-to-school plan - Students and teachers will be given rapid antigen tests to slow the spread of COVID-19 when they return to NSW classrooms next week.
Boy, 9, dies after NSW vehicle rollover - A nine-year-old boy has died after an all-terrain vehicle rolled over in regional NSW in an incident that also left a man injured.
De Minaur ruthless in reaching final 16 - Alex de Minaur has called on his new-found firepower to push aside Pablo Andujar and reach the Australian Open's round of 16 for the first time.
Lights, camera ... Australians! - The Bowie knife brandished by Paul Hogan in the Croc Dundee blockbusters and the white dress worn by a gushing Toni Collette in Muriel's Wedding are j ...
Stories urged as Harbour Bridge turns 90 - Weighing in at 52,800 tonnes and held fast by six million hand-driven rivets, Sydney Harbour Bridge officially opened for business in the midst of the ...
Four charged over Sydney child abduction - Four people have been charged over the alleged abduction of a child in Sydney's northwest.
WA border closure 'failure of vaccination' - Premier Mark McGowan's decision to keep Western Australia's borders closed indefinitely has been labelled a failure of leadership as thousands of flig ...
Naval ship departs for Tonga relief effort - An Australian naval ship loaded with critical humanitarian supplies has departed for Tonga as part of disaster relief efforts in the Pacific island na ... 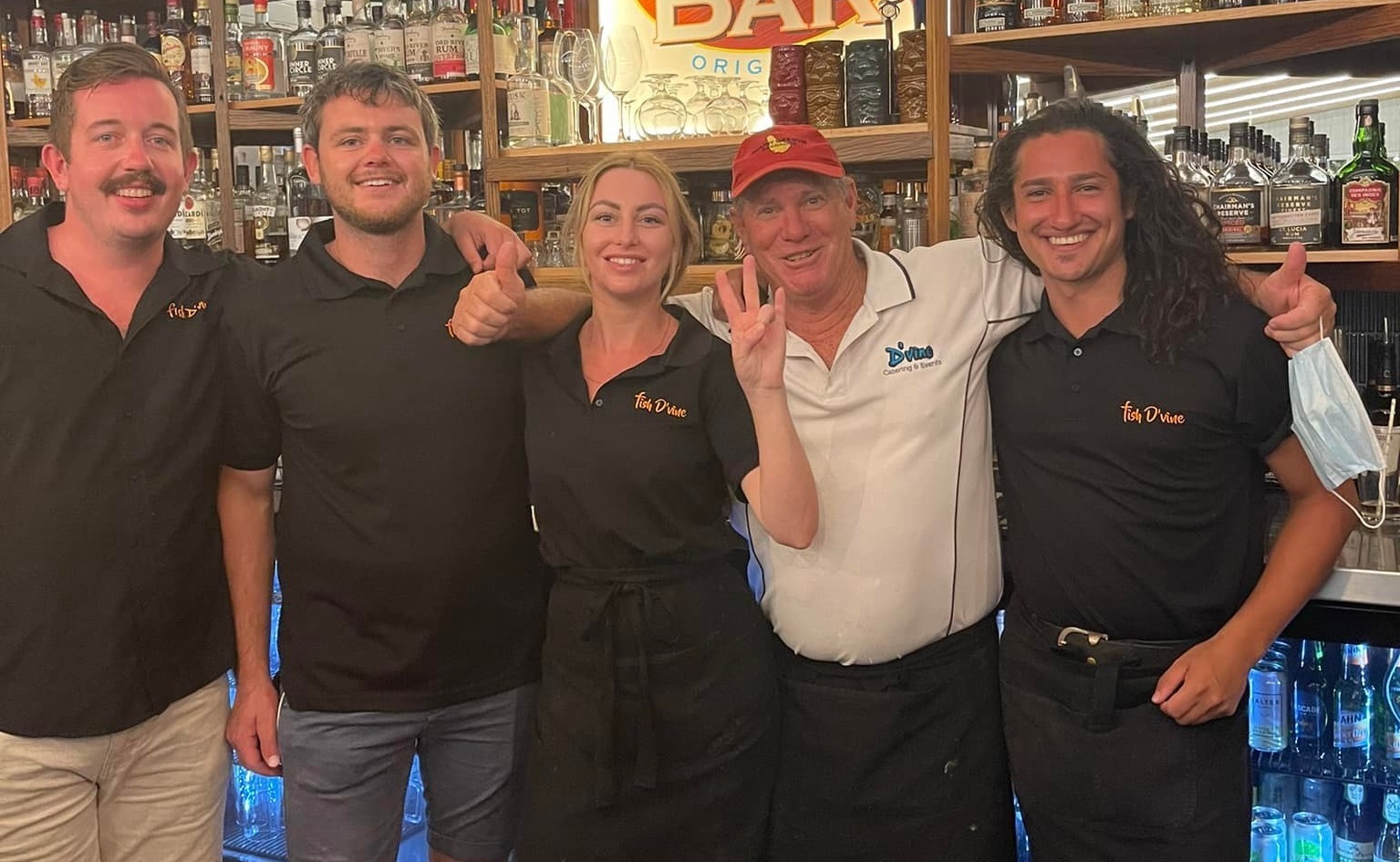 Airlie Beach business owner Kevin Collins thought it had been the "Mojitos taking" when four holiday-makers told him they'd work for free to keep his restaurant open.

Like many across the state, Mr Collins' Fish D'vine has been suffering with staff shortages due to the rise in Covid cases and their impacts.

Serving the table last week - which included an ICU nurse, a builder, a V8 Supercar driver and a chef - Mr Collins mentioned he would have to close his business due to the lack of staff.

The guests told him they would work for free - and when Mr Collins called the group the next day, to his surprise, they worked a shift.

"It was comradery around the restaurant between tables, with the staff, with these four young kids and it ended up being just the funnest night I've worked in years," Mr Collins says.

Down to one floor staff, two behind the bar and three chefs, the team of strangers helped to serve 180 guests.

Mr Collins says the small act of kindness has helped spread hope across the hospitality industry.

"When I told a few of the team last night about the offer they thought I was nuts, now they realise service is about attitude just as much as skills."