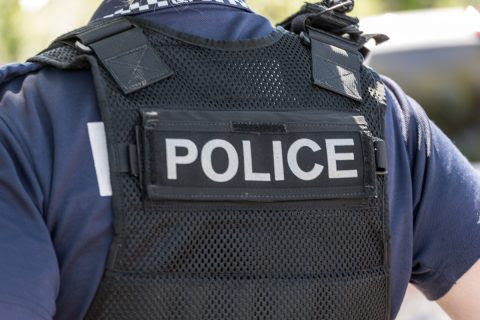 A 36-year-old man has been charged following multiple alleged offences in the Mackay and Brisbane areas over the past two weeks.

Police allege a white Toyota Prado SUV was stolen from a Paget business near Mackay, on July 10.

The following day, officers were called to a reported break-in at a Cleveland business, where it will be alleged the 36-year-old assaulted another man in his 50s.

Then on July 12, police were called to a disturbance outside a Chermside Shopping Centre where the Toyota Prado was observed allegedly driving dangerously.

It will be further alleged the man and the Prado were involved in the theft of a jet ski from an Alexandra Hills residence on Sunday, July 17.

Later that evening, the vehicle was observed by PolAir and tracked along North Street in Cleveland before officers were able to take the driver into custody outside a nearby licensed premises.

Following a search of the man and the vehicle, police allegedly discovered a quantity of drugs, drug utensils and suspected stolen property.

The stolen jet ski was located by a member of the public on July 17 at Mt Cotton.

His bail has been refused, and he will next appear in Brisbane Magistrates Court today.