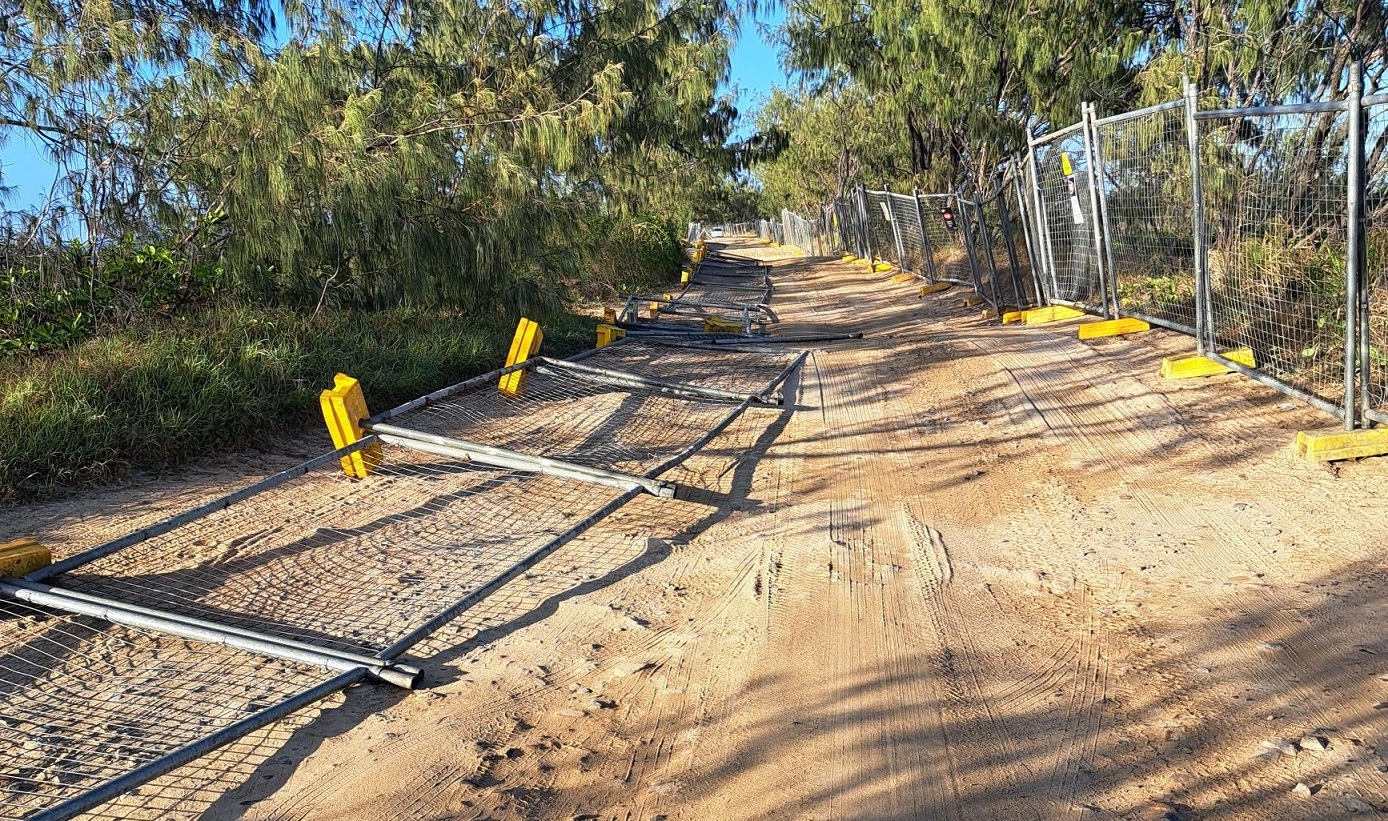 Mackay Regional Council has been forced to close the East Point access detour, after 500 metres of fencing was damaged along the track.

A Council spokesperson says the fencing was pulled down and driven over, causing significant damage to the contractor’s property.

About 300 metres of fencing was damaged on the beach side of the track at the start of the road, and a further 200 metres was pushed over on the private land side, at the end of the road.

There were also two to three access points created by the vandals on each side of the road along the fence line.

The track, at the end of the constructed section of Dunes Boulevard, has now been closed until further notice so the damaged fencing can be retrieved.

It comes after Council voted on July 13 to maintain vehicle access to East Point via a track off Dunes Boulevard, past the first stage of The Dunes development, which would link up with the existing track to East Point.

The detour was established after an area immediately adjacent to the first stage of the development was closed to vehicular traffic to allow the developer to revegetate the foreshore reserve – a State Government condition.