Moderate Flood Warnings For Dawson, Connors And Isaac Rivers - Moderate Flood Warning for the Connors and Isaac Rivers and a Minor Flood Warning for the Dawson River Issued at 11:09 AM EST on Friday 28 February ...
PM confident of low death toll from virus - Scott Morrison is confident Australia can get through a global coronavirus pandemic without a high death toll as his government prepares to ramp up th ...
Tamil Family Waiting Anxiously For Judge's Decision - The Tamil family facing deportation back to Sri Lanka are awaiting a decision after a two day Federal court case. The judge overseeing the case ha ...
Woman charged for cocaine hidden in bra - A woman has allegedly been caught with 40 bags of cocaine hidden inside her bra while in a car in Sydney's inner Kings Cross district.
Qld boy on attempted murder charges - A 14-year-old boy is facing attempted murder charges over a knife attack on two younger pupils at a Queensland school.
Man charged after 'biting off ear' in NSW - A man has lost part of his ear after it was bitten off during a fist fight in Sydney's inner west.
Fake 'prince' deported after jail release - Fake Tahitian prince Joel Morehu-Barlow, who was imprisoned over the theft of $16 million from Queensland Health, has been released from jail and depo ...
Canada to scrap security for Harry, Meghan - Canada will no longer provide security for Prince Harry and Meghan Markle once the couple are no longer working members of the British royal family in ...
Virus means 1.8m fewer tourists: industry - The coronavirus outbreak means Australia will have 1.8 million fewer international visitors in the first six months of this year compared to last year ...
Riewoldt backs AFL on concussion policy - The sight of Jack Riewoldt, on all fours, peering out from the stairs behind the MCG bench was the source of some mirth a decade ago but a lot has cha ...

Honey, I Shrunk the Kids set to get a reboot!

After a hiatus from acting that spanned over 23 years, Rick Moranis will make a long-awaited return to the screen in a reboot of Honey, I Shrunk the Kids.

Moranis will reprise his role as scientist Wayne Szalinski. 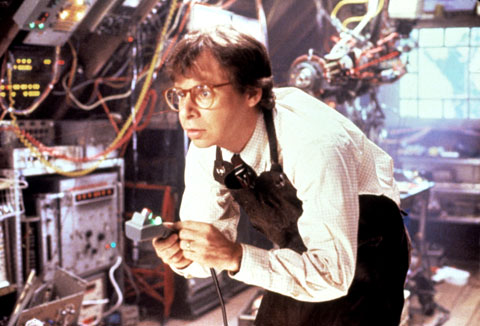 According to Rolling Stone, Disney will produce the reboot that is set to be titled Shrunk. It will also star Josh Gad.

Welcome back my friend. We all missed you more than you can know. #shrunk https://t.co/fYyqmaye1b

Rick Moranis starred in the cult classic Honey, I Shrunk the Kids as scientist Wayne Szalinski, who accidentally shrinks his children down to the size of insects.

Early reports suggest that Gad’s character will be the son of Szalinski and will follow in the footsteps of his scientist father - shrinking his own children.

Have you forgotten just how great Honey, I Shrunk the Kids was? Watch the trailer from the 1989 film here!